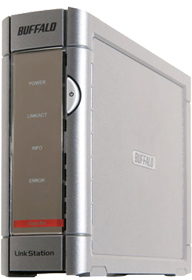 I’ll be out of the office here this weekend, taking part in the first-ever WordCamp Chicago.

I’m looking forward to meeting a few WordPress people. The event has sold out all 200 seats, which is great! Huge thanks to Lisa Sabin-Wilson for not only coordinating the conference itself (with Brian Gardner), but also managing the ticket cancellation and resale process to help get tickets into the hands of people who thought they weren’t going to make it this year (this means me, among others). If you don’t own her WordPress For Dummies book

, by the way, you really should go out and buy it

And just in case you don’t know what a WordCamp even is:

WordCamp is a conference type of event that focuses squarely on everything WordPress. Everyone from casual end users all the way up to core developers show up to these events. These events are usually highlighted by speeches or keynotes by various people.

With all the demand for the Chicago event, I’m hoping it means good things for an occasionally-discussed WordCamp Milwaukee somewhere down the line–maybe later this year..? Whenever it is, I might just see you there, too.

Ubuntu 8.10, Intrepid Ibex, is out, and available here: http://www.ubuntu.com/getubuntu

We’ve done several upgrade installs of 8.10 so far, and for the most part it’s been smooth. There are a couple of issues we’ve come across so far after upgrades.

The first has to do with a constantly-blinking, and seriously-distracting, wifi light. Launchpad bug report is here:

UPDATE: You may have some luck with this fix (attempt at your own risk; results may vary…):

The next thing we just noticed over the last day or two, and that’s the apparently total loss of keyboard input inside a Windows XP VM via VirtualBox OSE. A couple of times, keyboard control eventually came back seemingly on its own after about twenty minutes.Â

Another time we were completely stuck for well over an hour and eventually gave up, killing VirtualBox. The keyboard isn’t totally dead; it’s just dead as far as the VM is concerned. You can still three-finger your way back into another shell and regain control of the machine. Mouse (and everything else) still works just fine in the VM, too; no other indications of any other problems. Seems like it might be related to the VBox Additions, but we’ve not yet looked into it very closely at all. We haven’t looked for any bug reports on this one yet.

And last but not least, if you run some sort of Active Directory-related setup, don’t have any local users, do channel bonding and maybe have a complicated RAID setup… you might want to consider not upgrading just yet, or at least bother browsing the release notes before you leap into upgrading. We read about this one; it didn’t happen to us!

All in all, 8.10 Intrepid Ibex seems to be a decent upgrade. It feels like mostly-minor tweaks and speed enhancements, and more driver support. Many included apps are updated. There is extensive use of the ‘>’ symbol in the menus, and that carat usage–in every orientation–carries over across much of the UI; almost annoyingly so in fact. NVIDIA drivers obsolete some older NVIDIA cards (like the GeForce4s), so you may need to go back to the open-source drivers and deal with being 2D-only for now. Check the release notes for most of the details.

System performance does seem noticeably better on all systems we’ve upgraded so far. WiFi signals where applicable seem stronger; all our setups are seeing more access points now than they did prior to the upgrade.

We have not yet done a squeaky-clean install of 8.10, nor have we tested a current LiveCD… but will soon.