It’s now been TWO MONTHS since we not only voiced our concerns at the local Time-Warner office, but requested someone contact us about this issue. 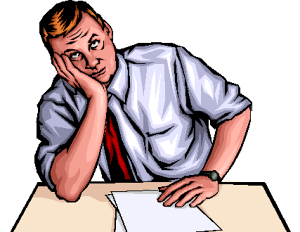 They certainly know where we live. They know our phone number. They’ve been given a business card with additional contact information, a link to this very website, and to the Twitter account we’ve used to log disconnects and mini-blog about the situation.

And still, nothing. Not a peep.

The last time we paid our bill in person at the Southridge retail location, I asked the rep if she remembered me. She said she did. I told her that we still had no been contacted by anyone. She seemed surprised. She told me she would make sure someone knew so that it would be taken care of.

That was more than a month ago now…and still not a word from anyone.

Is it really this hard to do even the most basic customer service correctly, Time-Warner? Is taking responsibility too hard for you, Time-Warner? Apparently it is. It’s disgusting and pathetic.

So with that in mind, we are left with no choice but to start escalating this outside Time-Warner’s realm, if only for principle’s sake, because it’s unbelievably sad that such a major presence in Milwaukee can so openly and shoddily treat customers. How overwhelmed are you with the constant Time-Warner and Roadrunner branding around town, at sports events, on television, etc? You can’t escape it. They brag about their products, and they brag about their service. To us, their customer service claims of excellence seem like proposterous, impossible, bold-faced lies.

It’s time someone called them on it all. Openly. For all to see. Time-Warner, if you’ve got time and money to sponsor Summerfest, you’ve probably got a few resources to personally contact us and Finally Do The Right Thing(tm) and make this entire nightmare of the last year right, once and for all.

It’s still too early to say with any kind of certainty, but according to the folks at the Southridge Time-Warner retail store location, it might be.

We just don’t want to see any more of this: 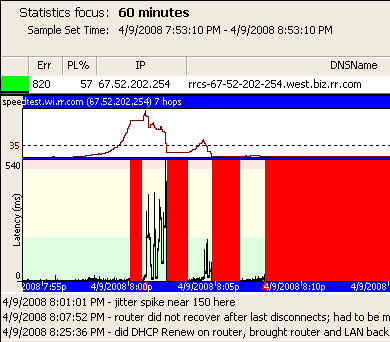 So I went into the retail location tonight, nervous about blowing up at people there, because, as I’ve explained before, a person can only endure so much and calmly explain a complex problem so many times with sufficient detail to make the true horror of the situation clear before that person simply…can’t anymore.

All in all, I think I handled myself a lot better than I imagined I would….so that’s good. Am I totally pleased with the outcome? Not really. I’ll explain.

First, I want to thank the people there at the Southridge store–Selenthia and Julia in particular, as they were the ones that worked with me and discussed the situation with me. So thank you to the two of you specifically and to the rest of the staff–including the New Guy I probably scared a little initially, sorry!

So I guess we still have some issues, as I mentioned…

I launched into explaining my issue and was quickly told that they had received a memo about the Turbo service (which we’ve had continuously in its various forms since December 2006) not being compatible with Motorola Surfboard cable modems SB4100 and SB4200.

We had an SB4200 when this whole situation blew up in December 2006 (boy, doesn’t that date sound familiar…) for the first time, and we swapped it out–numerous times–and ended up with an SB4100 each time after that. I don’t recall ever getting another SB4200 in exchange, and I know we never got anything newer than that.

The problem is that they got this memo, according to Selenthia, about a month and a half ago.

How hard would it be, really, to notify SB4100/4200 users on Turbo? I was told “they should have notified you”, but I have no idea how or when that might have happened. I don’t recall it showing up on any statements, but we’ll be double-checking that.

Now, we’ve been saying since the very beginning that it seemed awfully coincidental that all of these problems started shortly after switching/upgrading to the “Turbo” service in December 2006. We have mentioned this to every person we’ve ever talked to about this problem as a possible reason for the issue. We were blown off by everyone.

And here we are, almost a year and a half later, and we were right all along. But no one from Time-Warner / Roadrunner could be bothered to even seriously consider it.

Julia, apparently one of the store managers, worked with me to credit our bill for the recent troubles, but as nice and as helpful as she was, as far as the total effort put forth by Time-Warner Milwaukee / Roadrunner The Giant Faceless Company is concerned, it’s just not enough. We put up with most last year being told the problem was ours. That the problem was our house, our computers, televisions, Tivos, our neighbors, and on and on. No one ever accepted or investigated the possibility that the problem was on the TW side of the pole. Ever.

We were blown off by almost every single TW/RR person we ever communicated with.

So we wasted–completely, totally wasted–entire man-weeks of time reconfiguring our network, moving wiring, moving machines, changing out hardware, driving back and forth swapping out modems, sitting in call queues getting the runaround, putting up with incompetent technicians, gutting and changing every device configuration and setup we have…logging and tracking reboots for hours and hours and days and days, totally frustrated.

Unable to do anything online. No work. No fun. Nothing.

All the things Time-Warner techs and engineers should have been doing, as the problem became increasingly, obviously Not In Our House Anywhere…we were essentially forced to do ourselves. No one else was going to do it!

Much of this effort and frustration is reflected in posts presented here on this site. It has been PAINFUL, exhausting, frustrating, and created so much anger. It has cost us so much in so many ways.

Julia told me she would be passing my business card–which has this website’s address on it–on to her superiors. We hope someone in the higher echelons of Time-Warner Milwaukee / Roadrunner takes the time to come here, reads about all we’ve endured, and does The Right Thing. We want a solid, public apology from someone In Charge. Not some slick handshake from a sales or marketing drone, not some PR person or anyone else programmed to lie and tell people what they want to hear. No form letters.

We want a sincere, honest gesture made to us for all of the crap and pain and tears and work we’ve endured, all the business and social losses. All the work Time-Warner should have been doing all along. All the effort that was never made to help us. For nearly a year and a half, all told.

It’s the very least they can do. More would be even better.

What else can Time-Warner / Roadrunner do? Start monitoring comments online, for starters. Even basic searches will quickly lead you back to this very website. Comcast is monitoring online communications and social networks like Twitter. Time Warner / Roadrunner is, ironically, apparently really bad at being online citizens and monitoring that space for opportunities to improve.

They could really be connecting with their customers more quickly and more positively, and word-of-mouth effects from such encounters would dramatically improve the perception of their interest and their brand, increase customer loyalty, and drive new business.

But even before that, listen to your customers. However they come to you. Take them seriously. Do not tell them the problem is theirs if there’s any chance it is not. Give them some benefit of the doubt. Follow up on promises, too. If you say you’re going to call back, call back. This is incredibly basic, fundamental stuff! Don’t let yourselves get so big or caught up thinking you’re so big that even one customer doesn’t matter. Word of mouth–especially now with the Internet–is incredibly powerful. Use it to your advantage!

So back to the solution…

We’re told the fix is a newer-model cable modem. Go figure. So we were given a Motorola SB5100 that’s supposed to work and correct everything.

It’s hooked up. At a glance, speeds seem better. No reboots so far…

That said, we’ll definitely continue to track our connection and log all details until we’re satisfied this actually fixes the problem. We’ll be running speed tests, doing download tests, and verifying stability, reliability, and speed.

We’ll definitely be raising more hell if this still isn’t resolved; there are plenty of places yet to shout and get people looking more closely at this.

And in the meantime, Time-Warner Corporate, we await your review of the entirety of our long-running nightmare and an appropriate return gesture by you for all the hell you put us through. And when you’re done with us, look around a little, refocus, and start helping all the others out there that need you, too.